A Zoo Survey is a survey of a zoo or marine park, or anywhere keeping captive wild animals, by which we assess the living conditions and welfare of the animals.

By welfare we mean the well-being of the animals. Are their needs being met- their physical, behavioural, social and emotional needs? Do they have an environment that allows them to act like wild animals? Are there any signs that they may be suffering?

At the end of a Zoo Survey, we can pinpoint any welfare concerns for those animals we have looked at, and suggest ways that the welfare of these animals can be improved, for example by improving their enclosures or moving them to new enclosures, or improving the husbandry practices- i.e. the way that they are cared for.

Sometimes we look at all of the animals at a zoo, whilst at other times we focus on certain groups of animals. Often we need to focus on certain animals due to time and resources constraints, so we usually focus on elephants, big cats, bears and apes, as these are some of the animals, according to the The International Academy of Animal Welfare Sciences, that should be given priority. It’s not that we think that certain animals are more important than others. It’s just that both we and the zoos themselves have limited resources and can’t focus on all of the animals at one time, so we need to start with those animals who will probably suffer the most if their welfare is being compromised and improve things for them, before moving on to improving the welfare of all the other animals. Of course, wherever it is possible, we work towards improving the welfare of all the animals as soon as possible.

How do we conduct Zoo Surveys?

Our Zoo Surveys are carried out by veterinarians, zoologists and biologists, all with several years of experience in captive wild animal welfare.

We carry out our Zoo Surveys by filling in questionnaires, answering a number of questions each relating to a certain aspect of the animals’ welfare. We look at their living environment, the care they receive and their physical condition and behaviour. These questions are based on the Five Freedoms.

The questions we use cover the following:

We also look to see if the animals have constant access to fresh water, and also make a note if they are being given inappropriate food when we can see this.

For each question, the enclosure is given a score from 1-5 (1 being the worst case scenario to 5 being the best case scenario), with clear guidelines on what constitutes each particular score. This makes the survey objective- meaning anyone who assesses the enclosure should pick the same score. Having these qualitaitve results also allows us to come up with averages and make comparisons.

You can download a copy of the ACRES Zoo Survey form here.

We always take lots of photographs and videos to support what we say in our report which will be written after the Zoo Survey, and to make it easier to explain our concerns when we meet with the zoos.

Sometimes, we want to find out a bit more about a certain zoo animal or group of animals and their welfare. So we may do a behavioural study, to see how they spend their day. We closely observe the animals for long periods of time and make careful and detailed notes about their behavior. These scientific studies help us to see if an animal is spending too long doing nothing, or engages in unnatural behaviours, such as pacing up and down, or swimming in circles or swaying from side to side and, if they do, how much of their time is spent engaged in these unnatural behaviours.

What do we do after completing our Zoo Surveys?

After we complete our survey, we write a report on what we have found and highlight our concerns.

If we find that things that need to be improved, or could be improved to make things better for the aimals, we will then make these recommendations to the zoo.

Find out more about how ACRES works towards improving the welfare of animals in zoos here. 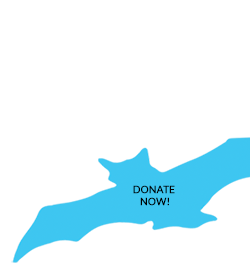