The ACRES Wildlife Rescue Centre (AWRC) is Singapore’s first facility dedicated to the rescue and rehabilitation of animals rescued from the illegal wildlife trade and injured native wild animals.

The AWRC was officially opened on the 13th August 2009 by Dr. Lim Wee Kiak, Member of Parliament for Sembawang GRC.

The AWRC plays a vital role in ending the illegal wildlife trade in Singapore and the region both through its rescue efforts, and also by serving as a centre for education on this important issue.

For our Press Release about the ACRES Wildlife Rescue Centre (AWRC) click here.

The inspiration behind the AWRC

The AWRC story began with one little monkey who was a long way from home. A monkey named Blue.

In 2003, following a tip-off, ACRES found Blue- a scared, lonely vervet monkey, chained up in a cage at a factory in Tuas- a long way from his native Africa.

After his confiscation, we were shocked when we realised there was nowhere in Singapore for him to go- he even ended up coming home with us for a couple of days! Determined that Blue would have a second chance at life, we arranged a new home for him at the Munda Wanga sanctuary in Zambia, and sent him home in 2004.

Thankfully, Blue’s story has a happy ending, and he is now living out his days carefree in Africa, where he belongs, with a family of his own. But his story highlighted the need for a dedicated wildlife rescue centre in Singapore, to provide a temporary home for confiscated animals like Blue whilst their repatriations are being arranged and they are undergoing health checks and getting fit and healthy again, and also to provide lifelong care for those confiscated animals who cannot be repatriated due to poor health or other reasons.

And so began the dream of the ACRES Wildlife Rescue Centre. However, the establishment of the AWRC has been anything but plain sailing! 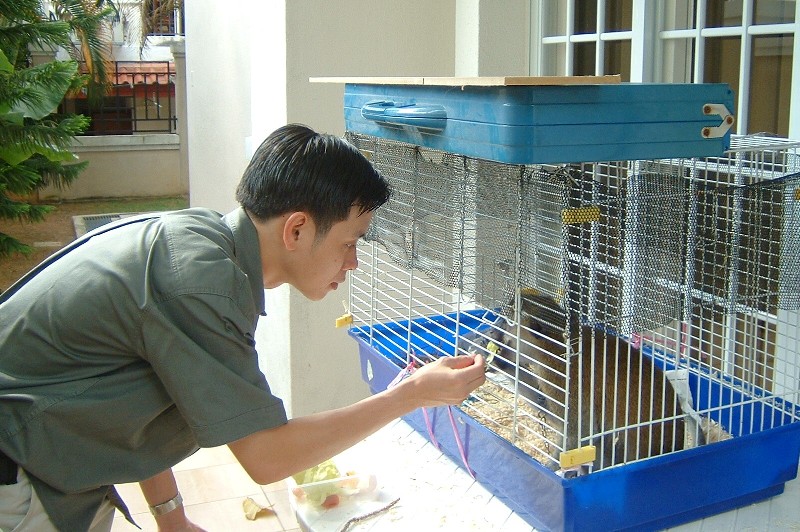 Blue the vervet monkey had nowhere to go following his confiscation and even lived with Louis for a few days – the idea for the AWRC was born.

The need for a wildlife rescue centre

The illegal wildlife trade is pushing the world’s wild animals to extinction. Animals are being captured from the wild for not only their body parts – to be used in traditional medicine preparations and for decorative items – but increasingly to supply man’s booming demand for ‘exotic’ pets.

And Singapore is right at the centre of this trade in Southeast Asia. In fact, a 2009 report by wildlife trade monitoring group TRAFFIC placed Singapore as one of the world’s top ten illegal wildlife smuggling hubs. In recent years, large numbers of wild animals have been confiscated from dealers or private homes here in Singapore. Between 2006 and 2008, over 9000 animals were confiscated.

The animals caught up in the exotic pet trade are subjected to horrendous suffering, from the inhumane methods of capture and transport to the unnatural and stressful conditions they find themselves in as ‘pets’. 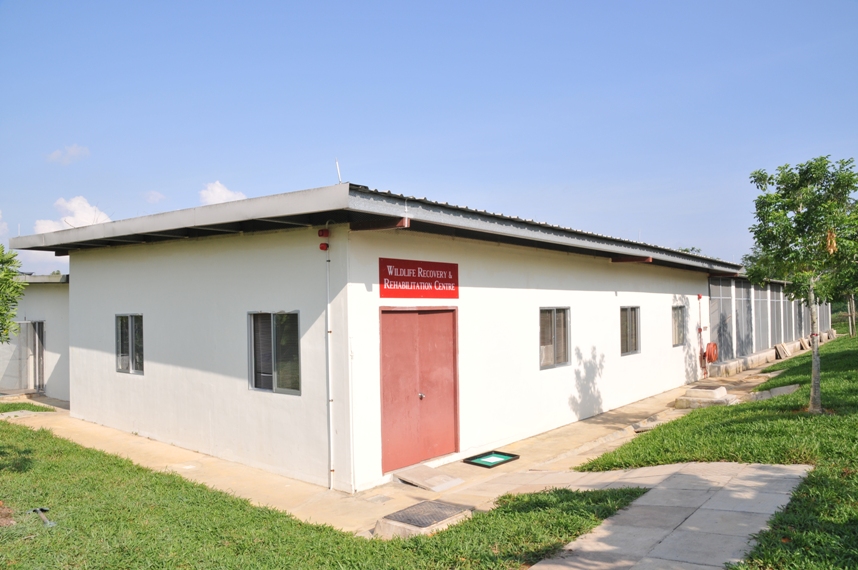 Wildlife Recovery and Rehabilitation Centre at the AWRC.

The long road to opening the AWRC

The long journey to setting up the ACRES Wildlife Rescue Centre has had more twists and turns than we could ever have imagined, and has taken a lot of time, effort, perseverance and faith!

Unfortunately, the Main Sanctuary Area of the AWRC, where animals will be housed in large naturalistic enclosures, still needs rectification work before it can open. In 2009, ACRES commenced a suit in the High Court against the main contractor (ANA) and its director, who was the site supervisor for the construction of the AWRC, in relation to, amongst other things, the delay in the opening of the AWRC. As of 31st August 2010, ANA Contractor has been ordered by the High Court to pay damages to ACRES, and Justice Kan Ting Chiu ordered a separate hearing before the Registrar to assess the amount of damages ANA should pay ACRES.

However, we are delighted that the AWRC began official operations in 2009, and that the AWRC allows ACRES to expand our wildlife rescue and public education efforts. 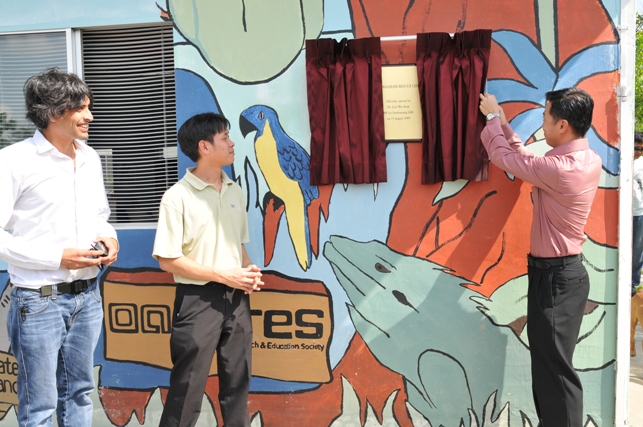 Animals housed currently include snakes, tortoises, turtles, lizards, birds and small mammals. As far as possible, animals rescued from the illegal wildlife trade will be repatriated to their country of origin.

Unfortunately, not all animals will have the chance to go back to their countries of origin and the possibility of living in the wild again. Many have been left disabled or chronically ill from mistreatment, neglect or just lack of knowledge on how to care for them. Some may be morphs (for example albinos) who cannot be released into the wild. Such animals will have a safe home at the AWRC for the rest of their lives. For more current information on rescues, please refer to FAQs.

A range of Educational Programmes are offered at the on-site Lee Foundation Education Centre, where visitors can learn about the wildlife trade as well as a whole host of other animal protection issues. Additionally, the Outdoor Conservation Classroom lets visitors explore the exciting world of Singapore’s native wildlife and learn how to protect our precious remaining wild animals.

The illegal wildlife trade, and all the other problems which involve animal suffering, generally continue because of lack of public awareness. That’s why the AWRC has also been designed to be a centre for Education- it’s most important role. 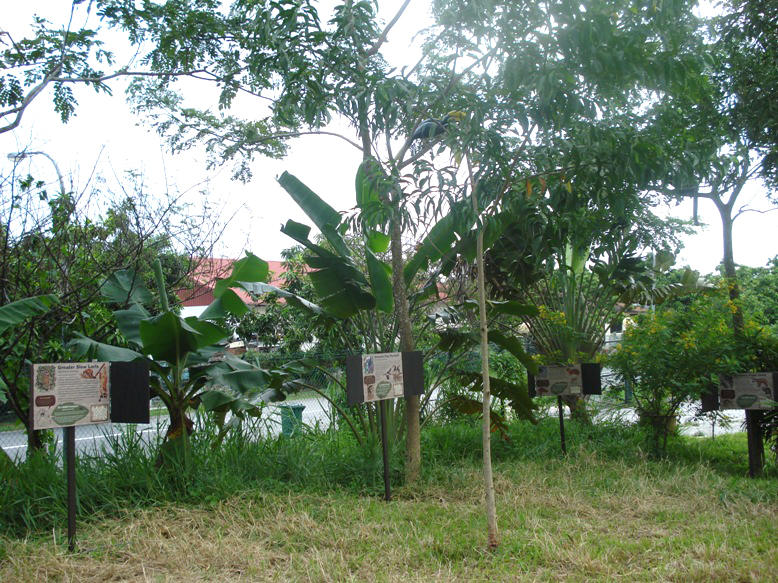 Outdoor Conservation Classroom at the AWRC. 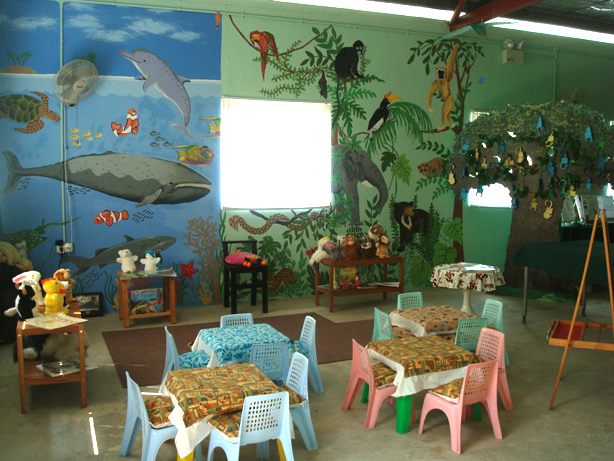 The Children’s Corner inside the Lee Foundation Education Centre.

The setting up of the AWRC has been a real labour of love, with people from all walks of life coming together to make the dream a reality.

Many hours have been spent painting, constructing, sorting, gardening, cleaning and setting up by dedicated volunteers, united in their desire to make a difference for animals. The AWRC would not be here if not for them! 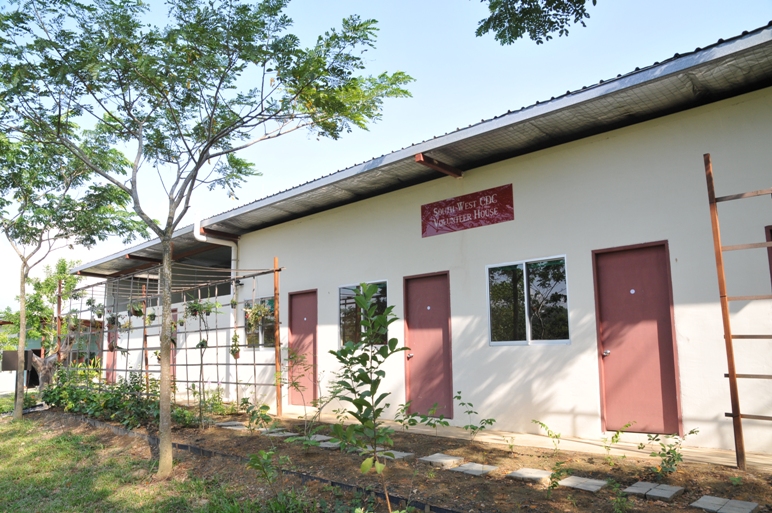 The South West CDC Volunteer House at the AWRC. 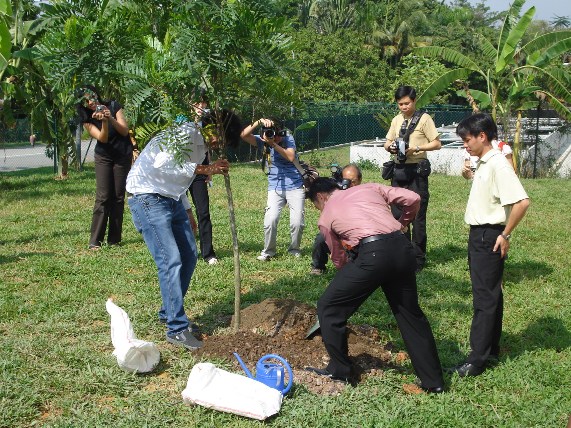 Dr. Lim Wee Kiak, MP for Sembawang GRC, plants a tree at the official opening of the AWRC on 9th August 2009.

Thank you to our generous donors

Of course setting up a rescue centre costs money too, and the project would not have been possible without the generous donations of so many ACRES supporters, the incredible fundraising efforts by so many individuals, especially the youths, and the kindness of everyone who has dropped a donation into our donation tins.

As a charity relying on public funding, ACRES relies on public donations to continue the work of the AWRC and all our other programmes which help improve the lives of animals and end animal suffering.

We at ACRES, and most of all the animals, are extremely grateful to all who have supported this important project: Our loyal supporters and members, our generous donors, our amazing, hardworking volunteers and every member of the public who has kindly given their support. This project has only been made possible because of you.

However, we are delighted that the AWRC began official operations in 2009, and that the AWRC allows ACRES to expand our wildlife rescue and public education efforts. 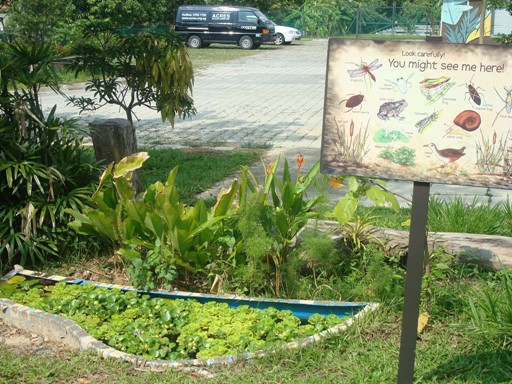 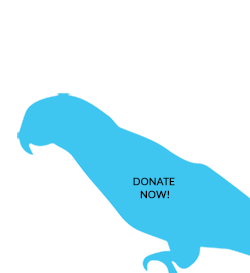