The Law and wildlife trade

Singapore became a Signatory to CITES (The Convention on International Trade in Endangered Species of Wild Fauna and Flora) in 1986. CITES is an international agreement designed to ensure that trade does not threaten wildlife species with extinction.

The national legislation that gives effect to CITES is the Endangered Species (Import and Export) Act, which gives legal effect to the implementation and enforcement of the Convention in Singapore.

Under the Act, a permit is required to import, export, re-export and introduce from the sea a scheduled species.

Under the Act, it is an offence to import and export any endangered species without a permit from AVA. It is also an offence to possess, sell, offer or expose for sale, or display to the public any of these species, if it has been illegally imported. Any person or company caught violating the ESA is liable to be prosecuted in Court and fined up to a maximum of S$50,000 for each animal or plant ( but not to exceed in the aggregate S$500,000 ) and/or to imprisonment for a term up to 2 years.

Additionally, in relation to non-endangered species, it is an offence under the Wild Animals and Birds Act to keep most wild animals as pets without a license. Under the Act, any person who kills, takes or keeps any wild animal or bird, other than those specified in the Schedule, without a licence shall be guilty of an offence and shall be liable on conviction to a fine not exceeding $1,000 and to the forfeiture of the wild animal or bird.

The illegal wildlife trade in Singapore

As well as being a major transit hub for wildlife products being transported illegally around the world, there is also a considerable domestic illegal wildlife trade, with a significant amount of wild animals and wildlife products ending up in Singapore as their final destination.

The illegal trade in animal parts

In Singapore, the commercial trade in most endangered species parts, including bear parts, tiger parts, rhino parts and tortoiseshell, is prohibited. The sale of ivory illegally imported after the 1989 trade ban is also prohibited.

However, in undercover investigations in 2001 and 2006, ACRES found alleged illegal bear bile products on sale in Traditional Chinese Medicine shops in Singapore.

In 2003 and 2009/2010, undercover investigations by ACRES revealed alleged tiger parts on sale, both for Traditional Chinese Medicine purposes and at jewellery and antique shops.

Callers to the ACRES Wildlife Crime Hotline have frequently reported other instances of alleged bear and tiger parts being sold in Singapore at markets, in shops, at exhibitions and over the internet, which ACRES has investigated.

The illegal trade in exotic pets

The sale of most wild animals as pets is prohibited in Singapore, including sale of all mammals and most reptiles (excluding the red-eared slider and Malayan box turtle).

However, in recent years, large numbers of wild animals have been confiscated from dealers or private homes in Singapore.

For example, through tip-offs to ACRES and the ACRES Wildlife Crime Hotline, animals including a rhesus macaque, a vervet monkey, a long-tailed macaque, green iguanas and a numerous snakes, turtles and tortoises of various species have been confiscated from private homes and pet shops in Singapore.

In 2005, undercover investigations by ACRES revealed a thriving illegal trade in exotic pets being sold by pet shops in Singapore.

Prohibited wild animals continue to be advertised for sale as pets in Singapore over the internet, which is also an offence under Singapore law.

Poachers are continuing to snatch Singapore’s remaining wild birds from the wild, mostly to be sold as pets. ACRES is frequently alerted to incidences of wild birds being deliberately trapped by poachers.

Other animals too, such as wild boar, continue to be found caught in poacher’s traps, trapped for their meat.

NGOs such as ACRES are working together with the authorities, in particular the Agri-Food and Veterinary Authority (AVA), the National Parks Board (NParks) and the police, to tackle the illegal wildlife trade in Singapore.

Very importantly, members of the public are playing a vital role, being the extra eyes and ears to spot and report any instances of illegal trade in or ownership of wild animals or wild animal parts.

Some significant drops in illegal wildlife trade levels in Singapore have been recorded in recent years. For example, our undercover investigations in 2001 revealed that 73.5% of TCM shops in Singapore were selling bear products; by 2005 this figure had dropped to 20%. This is an encouraging sign that, through ACRES and the authorities working together, increased public awareness and heightened vigilance by the public, the illegal trading of wild animals and their parts in Singapore can be reduced and ultimately eliminated.

ACRES will continue to work together with the authorities, with the valuable support of the public, to continue tackling the illegal wildlife trade in Singapore- until the day when there are no wildlife products illegally on sale here. 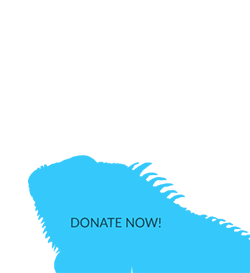