Soon it may become hard to find wild animals in the wild.

The booming trade in wild animals and their parts is causing Asia’s wildlife to disappear. Already threatened species are now facing an even greater risk of extinction thanks to the trade. Habitats and delicate forest ecosystems are being disturbed as poachers invade them to collect wild animals to be sold as pets or killed for their body parts to be used in traditional medicine preparations and for decorative items.

The commercial trade in wild animals is a multi-billion dollar business that not only threatens the survival of many species. It also results in the inhumane treatment of billions of animals every year.

“There are lots of forests where there are just no big animals left,” says Chris Shepherd of TRAFFIC, the wildlife trade monitoring network. “There are some forests where you don’t even hear birds.”

Each year, billions of animals of all types are captured from the wild and traded, either alive or dead.

Commercial uses of wild animals can be divided into:

The trade in wild animal parts and products

Wild animals are killed for their parts to be used as:

The trade in wild animal

Live animals are taken from the wild and traded live for:

The exotic pet industry. Keeping wild animals as pets, e.g. birds, snakes, lizards, turtles and tortoises, primates and wild cats, is a booming trend.
Supplying wild animals to some zoos, marine parks, circuses and other such captive establishments.
The cruel trapping and transport methods involved in the trade in live wild animals results in the injury and deaths of a large percentage of those animals captured. For every wild animal who ends up as a pet, scores of others die during capture and transport. As a result, animals are captured and traded in huge numbers- pushing species closer to extinction.

There are many wildlife-based industries seeking to attract ever-increasing numbers of human consumers. Population growth, increased buyer power and globalisation have led to a rise in demand for exotic wildlife, and this is occurring in developed, emerging and developing nations alike. The internet has made it easier than ever before for traders to sell wild animals and their parts all over the world. Modern transportation methods facilitate delivery of wild animals and wildlife products from all corners of the globe to consumer markets. Increasing wealth makes wild animals and wildlife products that were once off-limits to the majority of people because of their high cost affordable.

Sadly, as the international wildlife trade has increased and becomes more lucrative, cash-poor, wildlife-rich nations have been unable to control the trade of their wildlife.

Southeast Asia is also at the heart of a thriving legal trade in wildlife, and recorded, legal trade levels can give us some idea of what the illegal levels are likely to be. The figures of animals being legally exported from Southeast Asia are staggeringly high. More than 35 million CITES- listed animals (CITES is the Convention on International Trade in Endangered Species of Wild Fauna and Flora) were exported from Southeast Asia between 1998 and 2007, according to a study by Vincent Nijman of the Oxford Wildlife Trade Research Group published in the journal Biodiversity and Conservation December 2009. More than 85% of animals (30 million) were wild-caught.

Given there are few records of illegal or undeclared international trade, and trade in many more species is not regulated through CITES, the true number of wild animals being traded from the region must be far higher than this analysis suggests. The legal declared trade is probably just the tip of the iceberg of the true extent of the region’s total wildlife trade.

Recorded wildlife exports from Southeast Asia between 1998-2007, including those wild-caught and captive-bred:

(Nijman, V. 2009. An overview of international wildlife trade from Southeast Asia, Journal of Biodiversity and Conservation.) 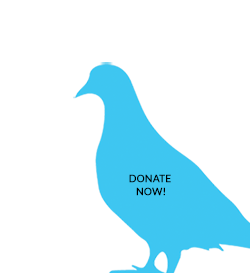