Studies have shown that polar bears are poor candidates for captivity. The situation seemed particularly bleak for Inuka and Sheba, the polar bears at Singapore Zoo, who up until 2010 were housed in a totally unsuitable, outdated enclosure. The fact that Singapore’s tropical climate is totally unsuitable for polar bears and that they lived in a small, barren, open-air enclosure meant that Inuka and Sheba were subjected to living in a highly stressful environment. Inuka and Sheba were seen to display abnormal, stereotypic behaviours and apparent physical signs of stress (loss of lean muscle mass and fur), as well as signs of heat stress. 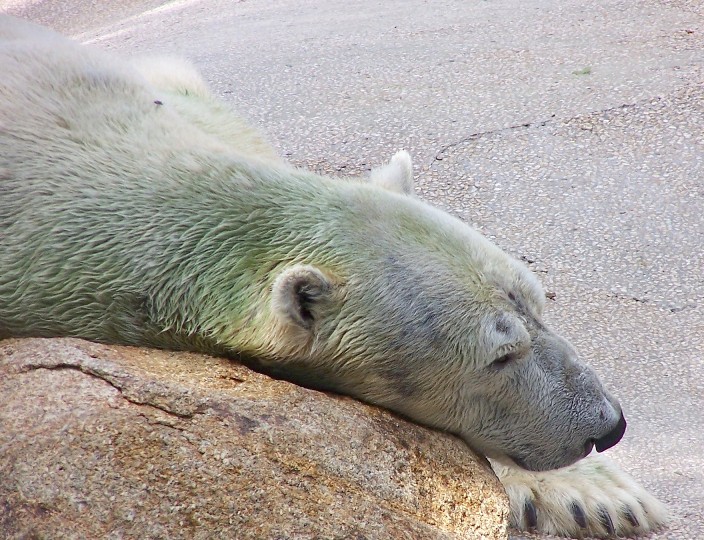 Since 2004, ACRES has been in discussions with the Singapore Zoo to improve the welfare of Inuka and Sheba. In late 2005, ACRES conducted a behavioural study of the polar bears to scientifically assess their welfare. Download our scientific report here.

Over the years, ACRES repeatedly called for the Singapore Zoo not only to make drastic improvements to the living conditions for Inuka and Sheba, but also to phase out the keeping of polar bears and other Arctic animals on welfare grounds.

ACRES met up with the Singapore Zoo in June 2006 to present the results of our scientific study. We were pleased that the Singapore Zoo announced that it had decided not to import any Arctic animals in the future. See news article here.

In August 2010, the Singapore Zoo announced that it will be building a new enclosure for the polar bears. We are pleased that the new enclosure will include many of the features recommended by ACRES that will improve the welfare of the bears to some degree, such as natural substrates, and will also be climate-controlled, meaning that the bears will no longer endure living in Singapore’s tropical heat.

However, we still feel that polar bears do not belong in the topics and that it would be in Inuka’s best interests to be sent to live in a large, naturalistic enclosure at a reputable zoo or sanctuary located in a suitable climate.

Also, although the bears will undoubtedly be much more comfortable in their new air-conditioned surroundings, we do have concerns regarding the very high electricity consumption that continuously air-conditioning their new enclosure will require, which will contribute to global warming and therefore the depletion of the wild habitat of polar bears. We hope that the Singapore Zoo stays true to their previous statement that they will not be importing any more Arctic animals after Sheba and Inuka pass away.

FAQs regarding polar bears in captivity and the previous polar bear enclosure at the Singapore Zoo.

Why should polar bears not be kept in the tropics?

Polar bears inhabit cold and hostile environments. They are superbly adapted to sea ice conditions, having a thick fur coat and fat layer to protect them from the harsh weather conditions. Polar bears are built to maintain their body heat; their problem is cooling off, not staying warm. Their short ears and tail are another adaptation to cold, being small and fur covered to prevent heat loss. They have two layers of fur which serves as an additional means of protection against the cold. The hollow, oily guard hairs provide heat preservation while on land. The fact that these guard hairs are hollow allows them to work as efficient solar collectors. The long, clear guard hairs direct ultraviolet radiation towards the skin, which is black (a colour ideal for absorbing radiant heat), to soak up the energy of the sun more efficiently. The guard hairs change 95% of the sun’s rays to heat. These adaptations can cause polar bears to easily overheat, even in sub-zero conditions. Any temperature above freezing is warm to a polar bear; at 21.1°C polar bears can become severely heat-stressed. 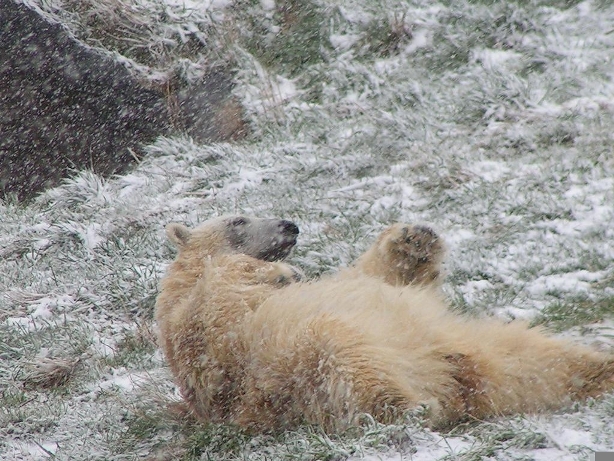 Polar bears cannot simply acclimatise to life in hot climates. Even if a polar bear is born in a warm climate and lives there all of his life, he will still possess several physiological adaptations to life in the Arctic (as described above). Even if he loses some fur and blubber, he will always have black skin that absorbs heat very effectively and hollow hairs which work as efficient solar collectors.

Polar bears do not have any physical or morphological means of staying cool; they rely on behaviour to do that. In the wild polar bears will dig deep day beds in the soil until they reach the permafrost and rest in these to cool down. These day beds are often shaded by long grasses and hummocky terrain. They may also take mud and dust baths to cool down. Wild polar bears may jump into the cold Arctic Ocean to cool off if overheating. Wild polar bears will also balance energy expenditure and food intake to regulate their body temperature and may choose to adopt a vegetarian diet or fast during warmer times (eating meat and fat generates immediate heat energy).

However, none of these methods of cooling down were available to the polar bears at Singapore Zoo in their original enclosure; they could not dig cool day beds, jump into ice cold waters (the pool water was not chilled), take mud or dust baths, nor choose the food they eat.

Doesn't the fact that captive polar bears sometimes live a long time mean that the living conditions must be good?

Animals (including humans) can survive for many years in wholly substandard living conditions. This does not mean that they experience good welfare or have a good quality of life. Bears are known to be particularly resilient animals, surviving in even the most appalling circumstances.

For example, bears on bear farms who are cruelly farmed for their bile, kept in tiny cages and repeatedly stabbed into their gall bladders, can live for over 20 years! Nobody can argue that the conditions endured by bears on bear farms are anything but horrific, yet many bears survive them for many years. 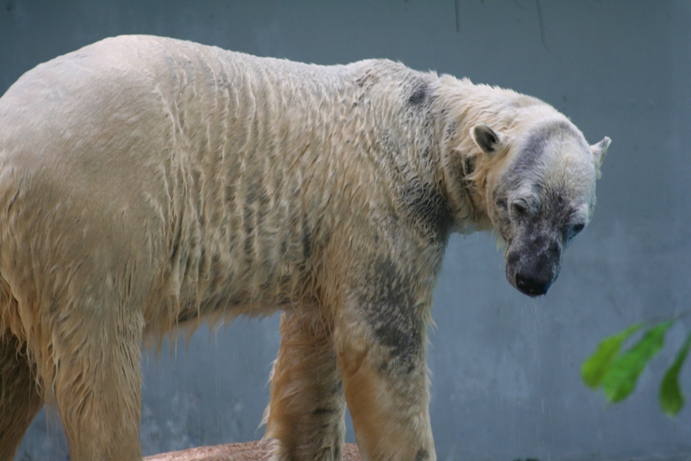 Inuka, the male polar bear at the Singapore Zoo.

What was wrong with the original polar bear enclosure at Singapore Zoo?

The original polar bear enclosure at the Singapore Zoo was extremely small with very little land area, an unsuitable hard substrate and there was very little for the bears to do.

The polar bears at the Singapore Zoo had no soft substrates in which to roll and dry their fur off in when this photo was taken in 2005. 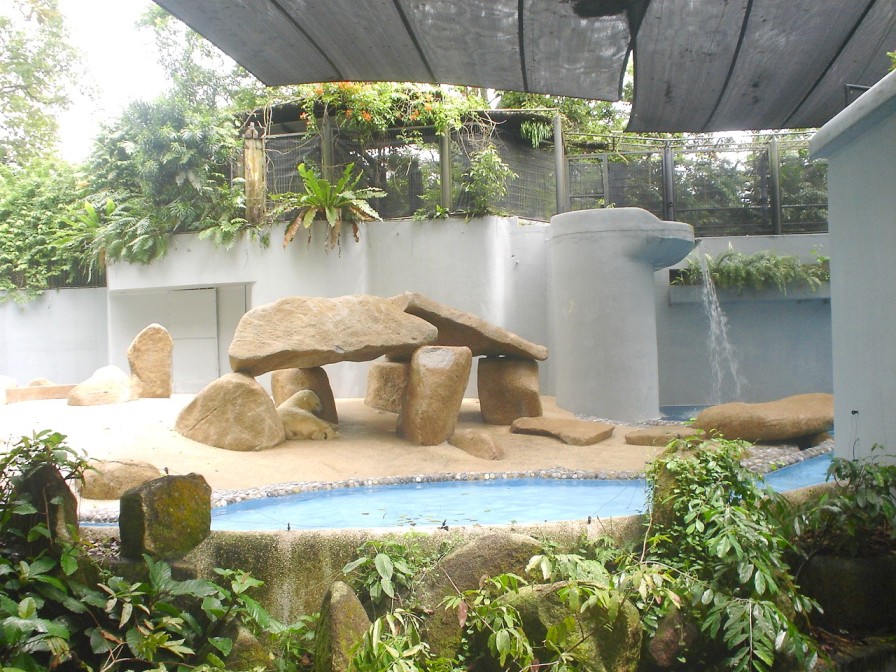 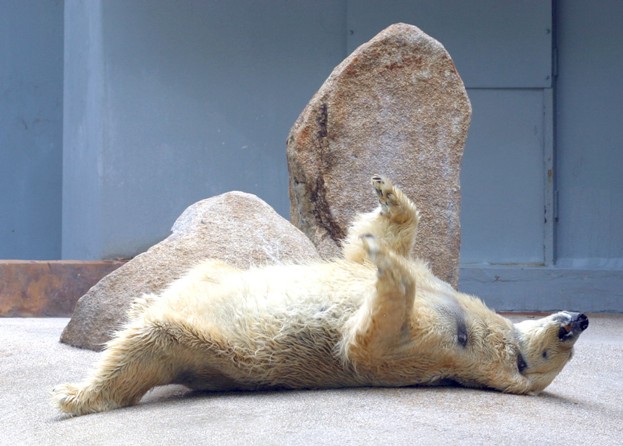 Wasn't there an air-conditioned area for the polar bears at the Singapore Zoo in their original enclosure?

Whilst an indoor air-conditioned area was provided, this area was reported to be extremely small, barren and dark, and not big enough for the bears to rest in comfortably. Therefore, although the bears could choose to enter the air-conditioned area during the day, this meant being cramped in a small, uncomfortable, enclosed place. A polar bear expert who has seen the bears’ previous off-exhibit air-conditioned areas has even commented that “The back areas have no redeeming qualities for polar bears. Nothing living should be housed in those cages.”

How do you know the polar bears were not doing well at Singapore Zoo?

In late 2005, ACRES conducted a behavioural study of the polar bears to scientifically assess their welfare.

Key findings of the four month scientific study were:

Both polar bears displayed high levels of inactivity (43% of the time for Inuka; 65% of the time for Sheba). This is recognised as a clear indication of an abnormal animal-environment interaction, almost certainly caused by a sub-optimal environment that does not satisfy the natural, species-specific behavioural needs of the bears.

The bears also displayed some physical signs of distress, including severe fur loss, which can be a sign of stress, and loss of lean body mass (muscle), indicating inadequate opportunities for movement and exercise. 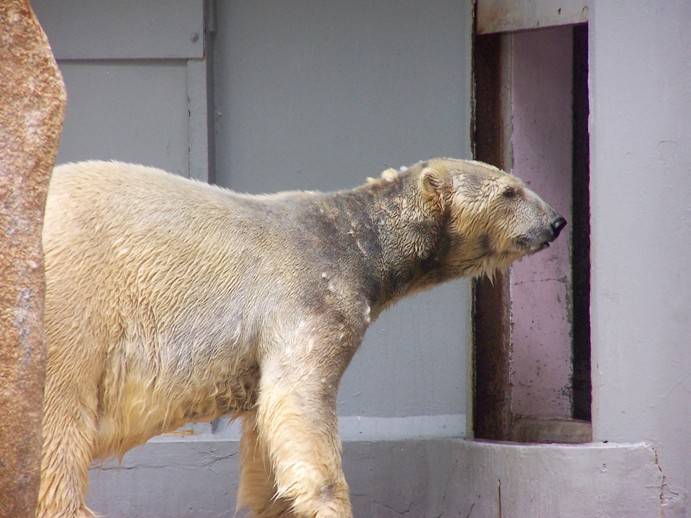 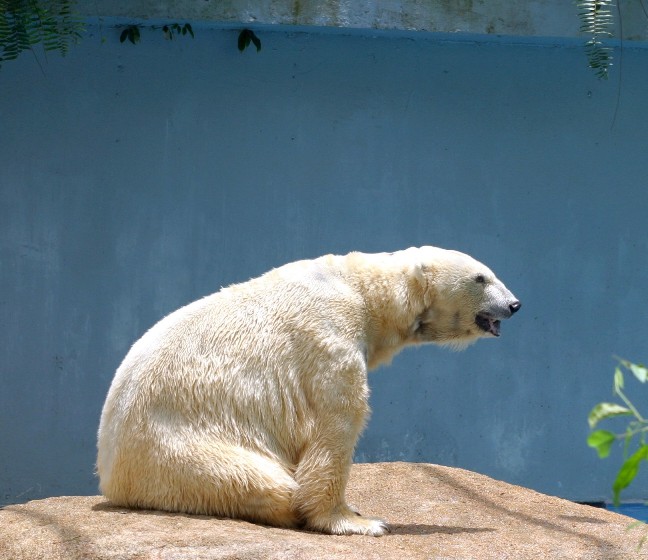 The polar bears had little relief from the heat and humidity in their original open-air enclosure.

Why do polar bears in particular suffer in captivity?

Polar bears are extremely wide-ranging, highly intelligent, cold weather carnivores, so they are extremely problematic to house and care for in captivity. In the wild, polar bears have a large range and can travel 80 kilometres or more in one day. They may undertake extensive annual migrations on the sea ice yielding annual range sizes of 250,000 square kilometres.

In a 2003 report, researchers from Oxford University concluded that polar bears are one of the species most affected by captivity. The bears are prone to problems that include poor health and repetitive stereotypic behaviours. These problems were suggested to stem from constraints imposed on the natural behaviour of susceptible animals with wide-ranging lifestyles in the wild. The report revealed that naturally wide-ranging species show the most evidence of stress and/or psychological dysfunction in captivity.

The authors of the report stated: “Our findings indicate that the keeping of naturally wide-ranging carnivores should either be fundamentally improved or phased out”.

The Province of Manitoba, Canada, which is the province that is the primary source of orphan polar bears, has a specific legislative and policy framework in place for the protection of polar bears. Recognising polar bears as a species with special requirements, a set of specific requirements in relation to the keeping of polar bears in captivity was included in The Polar Bear Protection Act, which was made law by the Government of Manitoba, Canada in 2003. These guidelines outline the minimum standards of care and husbandry that must be followed by those institutions housing polar bears. These strict guidelines must also be met by any zoos wishing to acquire a polar bear from Manitoba.

Singapore Zoo also previously failed to follow many of the recommendations in relation to enclosure size and design and husbandry standards for polar bears that are stated in guidelines on polar bear husbandry written by various zoological associations and animal welfare organisations.

What about the educational value of keeping polar bears in zoos?

Keeping animals in conditions which are far removed from their natural living conditions, as with polar bears, means that they cannot display many, or in fact most, of their true natural behaviours. Therefore, seeing animals such as polar bears in captivity we learn little, if anything, about their lifestyle in the wild.

At some zoos, polar bears are even encouraged to perform totally inappropriate unnatural tricks , for instance at the Singapore Zoo the polar bears have previously been documented being made to perform unnatural behaviours in the token feeding shows such as ‘waving’, ‘ballet dancing’ and ringing a bell. Such unnatural displays give the public a very misleading impression of wild polar bear behaviour.

Many progressive zoos in countries including the UK, Germany and Switzerland have phased out the keeping of polar bears in captivity, recognising that it is very difficult, if not impossible, to provide for their needs in a captive setting.

What recommendations did ACRES made to the Singapore Zoo to improve the welfare of the polar bears?

In 2006, ACRES made the following recommendations to improve the welfare of the polar bears:

We also made the recommendation that Singapore Zoo should never again acquire polar bears, or other Arctic animals, on welfare grounds. 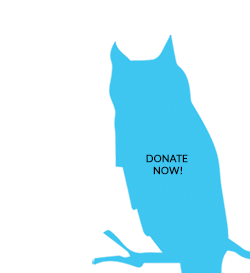