In April 2005, ACRES launched a campaign to end the use of wild animals in shows at the Singapore Zoo and Night Safari. This was due to concerns that not only was animal welfare probably being compromised, but also that public safety could be at risk during the shows, following an incident in which a member of the public was injured by a serval during a show at the Night Safari. We also strongly felt that watching animals, such as the orang utan, performing circus-style tricks was of no educational value, simply reinforcing the outdated idea that animals are for humans to use as tools for entertainment.

In April 2005, ACRES went to observe and document the orang utan’s performance in the “Spirits of the Rainforest” show at the Singapore Zoo and found that most of the acts that the orang utan was made to perform were far from natural. 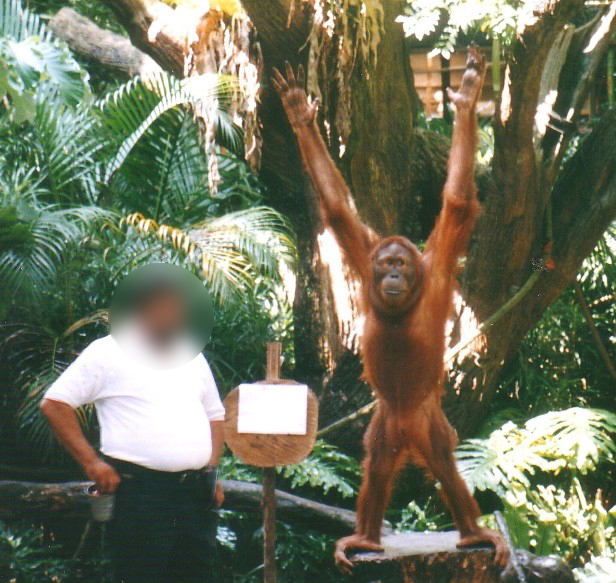 Why ACRES called for animal shows at the Singapore Zoo and Night Safari banned:

In 2002, the Agri-Food and Veterinary Authority of Singapore (AVA) imposed a local ban on performing wild animals in travelling circuses. According to AVA’s press release, “AVA is initiating this restriction on travelling circuses in the interest of public safety and animal welfare. AVA has been monitoring the incidences of mishaps and abuse associated with performing wild animal in travelling circuses in recent years. The number of such accidents has been increasing. In some cases, the accidents have resulted in serious injuries and death to both trainers and the public.” 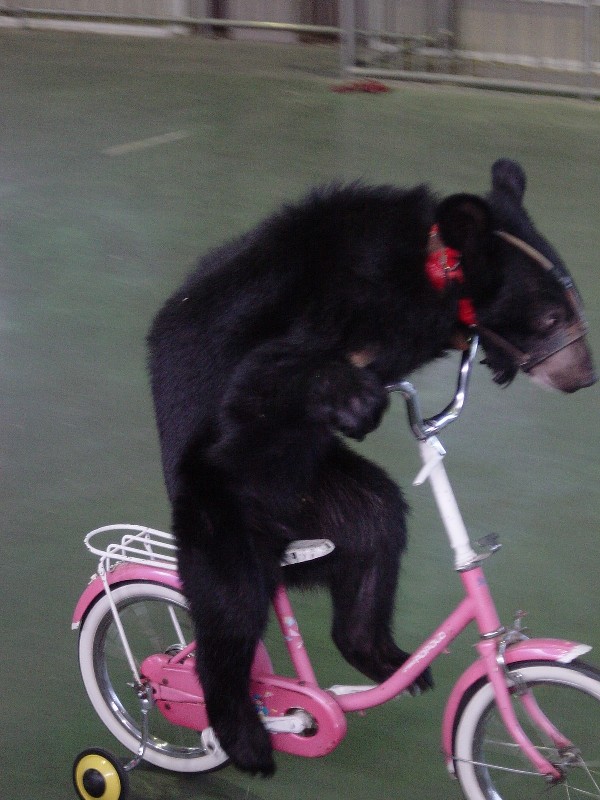 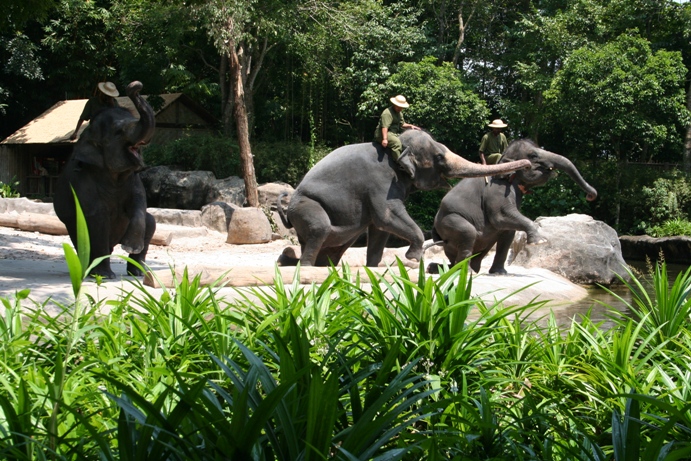 ACRES created an online petition calling for an end for the use of animals in circus-style shows at the Singapore Zoo and Night Safari.

The campaign received strong local and international support. At the Asia for Animals Conference held in Singapore in May 2005, a resolution was adopted by all delegates supporting the call by ACRES for the ban on the use of wild animals in circuses to be extended to captive facilities in Singapore where circus-like shows are performed, including Singapore Zoo and Dolphin Lagoon.

If the Singapore Zoo and Night Safari continue to use wild animals in animal shows, they should:

Most of the guidelines are in line with the Agri-Food and Veterinary Authority’s (AVA) conditions for animal performances which include:

In May 2005, the Singapore Zoo put an end to the existing long-standing “Spirits of the Rainforest” show and introduced a new “Wonders of the Wild” show. The show appeared to be more focused on making the animals display natural, species-appropriate behaviours.

ACRES was invited to view the new show and also inspect the areas where the show animals are housed on a temporary or permanent basis.

We were pleased to see that the circus-style tricks previously performed by the orang utan, our main concern, had been removed from the show. The orang utan’s performance now involves him swinging across hanging ropes and peeling a coconut.

The other animals in the show were also seen to perform predominantly species-appropriate behaviours.

Although we feel there is still room for improvement, the removal of many of the unnatural behaviours from the show is a good start and a step in the right direction, in terms of both animal welfare and public education. However, our concerns for public safety by allowing wild animals to come into such close proximity to visitors during the shows and photography sessions at the Singapore Zoo and Night Safari remain.

We look forward to continue working together with Wildlife Reserves Singapore, who run both the Singapore Zoo and Night Safari, and hopefully in the near future seeing an end to the use of all animals in animal shows in Singapore.

Sadly, the use of intelligent, sentient animals in circus-type shows is still rife in zoos and theme parks throughout Asia. We hope that other zoos and parks will follow the example set by the Singapore Zoo and take heed of the message that the exploitation of animals purely for entertainment in circus-style shows belongs in the past and has no place in modern, forward-thinking establishments. 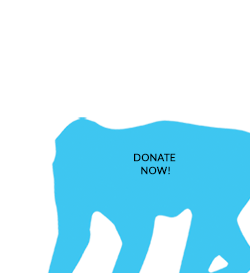