In November 2004, ACRES launched its ‘Wild But Not Free’ campaign, encouraging Singaporeans to help put an end to the illegal exotic pet trade in Singapore.

The illegal exotic pet trade is rampant in Southeast Asia, with Singapore playing a central role in the trading of these illegally traded and mostly protected species of wild animals.

Most wild animals are prohibited as pets in Singapore. The list of prohibited species includes primates, most other mammals, amphibians, reptiles (except the red-eared slider and the Malayan box turtle), many species of birds and some types of fish. It is illegal to import, export, or introduce these species without a permit. The sale or even display of these animals is an offence under Singapore law.

However, some pet shops in Singapore are still involved in the trading of these prohibited species, and many wild animals remain in the hands of private owners. 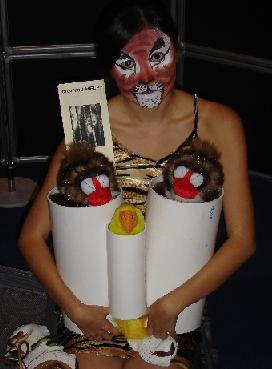 Celebrity support at the launch of the “Wild But Not Free” campaign.

This campaign, which aims to complement and assist the efforts of the Agri-Food and Veterinary Authority (dissolved in 2019) in curbing the illegal exotic pet trade, is aimed at raising awareness of this illegal trade and informing the public of its detrimental effects to both the animals as well as the humans keeping these animals, with a heavy emphasis on empowering the public to play an active role in putting this illegal trade to an end.

Read all the Press Releases here . 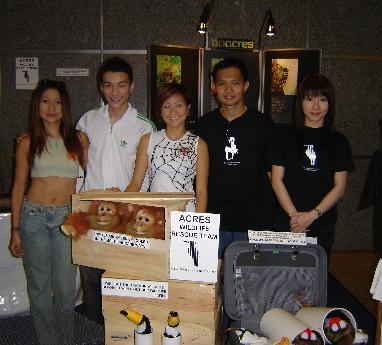 This campaign involves an ongoing public awareness roadshow, to create awareness on the detrimental effects of the exotic pet trade. As well as informative exhibition panels, the roadshow features displays of toy animals stuffed in pipes and socks and crammed into a crate and suitcase, representing real-life methods of smuggling animals for the illegal exotic pet trade. A toy capuchin monkey in a small cage with no room to move represents the fate of wild animals who end up as ‘pets’.

Since 2004, the roadshow has travelled all over Singapore, informing the public on the illegal trade and on which animals are illegal to keep as pets.

‘Wild But Not Free’ empowers Singaporeans to play an active role in ending the illegal exotic pet trade. Armed with information on what kinds of animals are allowed and not allowed as pets, they can look out for any animals being illegally kept, traded or bought and report it to the relevant authorities. 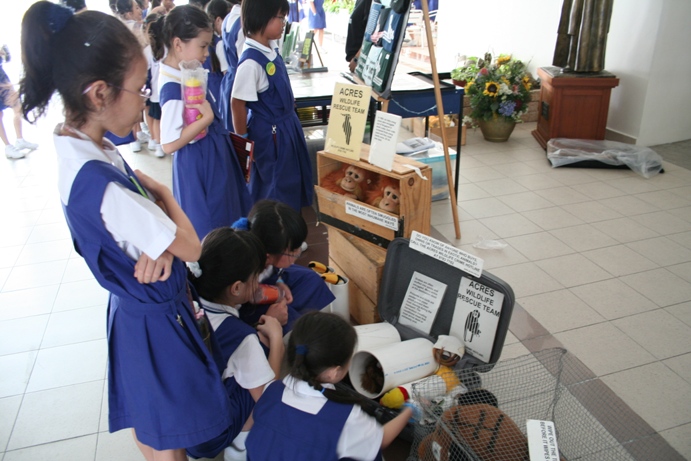 In November 2004, ACRES launched its 24-hour Wildlife Crime Hotline (97837782). The hotline provides an avenue for those who know of anyone who illegally buys, owns or trades in prohibited exotic animals, to blow the whistle on these wildlife traders and buyers. All calls to the hotline are kept confidential. ACRES responds to all calls and tip-offs immediately to ensure the animal/s in question have the highest chance of being rescued.

If anyone is hesitant to call a government body about such wildlife crime cases, then we can be the avenue they need. Also, the ACRES hotline is manned 24-hours, 365 days a year, so that a call can be received anytime, day or night. Further to that, the work of ACRES is intended to complement and assist the AVA in enforcing the local wildlife laws, being to them extra eyes and ears.

Reaching out to the public

In 2005, ACRES embarked on an extensive media campaign to spread the message that wild animals are not pets. This awareness campaign was sponsored by the World Society for the Protection of Animals (WSPA). Along with the roadshow and distribution of written materials to the public, ACRES used radio, magazine and MRT advertisements to reach out to a wider audience than ever before.

The radio advertisements ran for the whole month of November 2005 on 987FM. The MRT poster advertisements were displayed on 20 trains for six weeks in late 2005.

Angelina, rescued from the illegal pet trade in Singapore following a tip-off to the ACRES Wildlife Crime Hotline.

Since its launch, the ACRES Wildlife Crime Hotline has received hundreds of calls and, as a direct result of calls from the hotline, hundreds of animals have been rescued from the illegal wildlife trade.

As a result of our awareness campaign, members of the public are now much more aware of which animals are prohibited to be sold as and kept as pets in Singapore and, as a result, the hotline receives increasing numbers of tip-offs concerning illegal animal trading. This information is then handed over by ACRES to the AVA, and we assist them in any way we can to investigate the cases and make sure that those engaged in wildlife crime are brought to task. 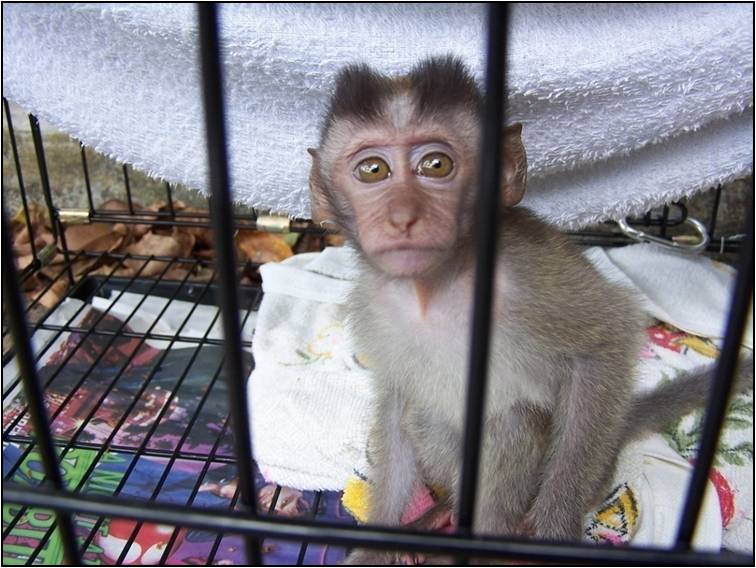 Keep a lookout for pet shops, neighbours and others who might illegally own or trade in prohibited wild animals and call us at 97837782 (ACRES Wildlife Crime Hotline) if you know of anyone in possession of or trading in prohibited exotic pets.