In 2003, ACRES launched the “Suffering, not Smiling” campaign to raise awareness on the plight of captive dolphins and to urge Singaporeans not to support marine parks and dolphinariums that keep dolphins in captivity.

The campaign is based on scientific and factual evidence that captivity is detrimental to the welfare of dolphins and that that research, conservation and education in dolphinariums and marine parks have minimal benefits to wild dolphins.

In particular, ACRES expressed serious concerns over the plight of the Indo-Pacific humpbacked or “pink dolphins” (Sousa chinensis) currently held in captivity at Dolphin Lagoon by Underwater World Singapore (UWS).

Dolphin Lagoon is operated by Underwater World Singapore which is owned by the Haw Par Corporation.

At the time of an investigation by ACRES in 2003, the dolphins at Dolphin Lagoon were living in wholly inappropriate conditions and made to perform unnatural circus-style tricks for the public. In 2003, ACRES gathered evidence that food deprivation was used as a training method. In 2003, the shy dolphins were also documented being used in “petting sessions” and “swim with the dolphin sessions” with the public.

At Dolphin Lagoon a female dolphin called Namtam died of acute gastritis, a stress-related disease, in 2001. On March 5th 2001 it was reported that “Namtam went into shock, lost consciousness and died” (The Straits Times, 28 March 2001). Jumbo, a male dolphin at Dolphin Lagoon, has been observed showing signs of mental and physical stress.

Besides the welfare concerns, ACRES also uncovered indisputable proof that four of the dolphins at Dolphin Lagoon (including Namtam, the dolphin who died) were in fact caught from the wild in Thailand, not captive bred as previously claimed. This has serious implications for the survival of this critically-endangered species in the wild.

The “Suffering not Smiling” campaign called for Underwater World Singapore to:

Members of the public and local and international animal welfare and conservation organisations signed a petition calling for the above.

Another main objective of the campaign was to prevent the establishment of new dolphinariums in Singapore.

This campaign was supported by the World Society for the Protection of Animals (WSPA).

ACRES published a campaign report on the captive dolphin industry entitled “Suffering, Not Smiling: The Truth About Captive Dolphins.”

The full report can be downloaded here. 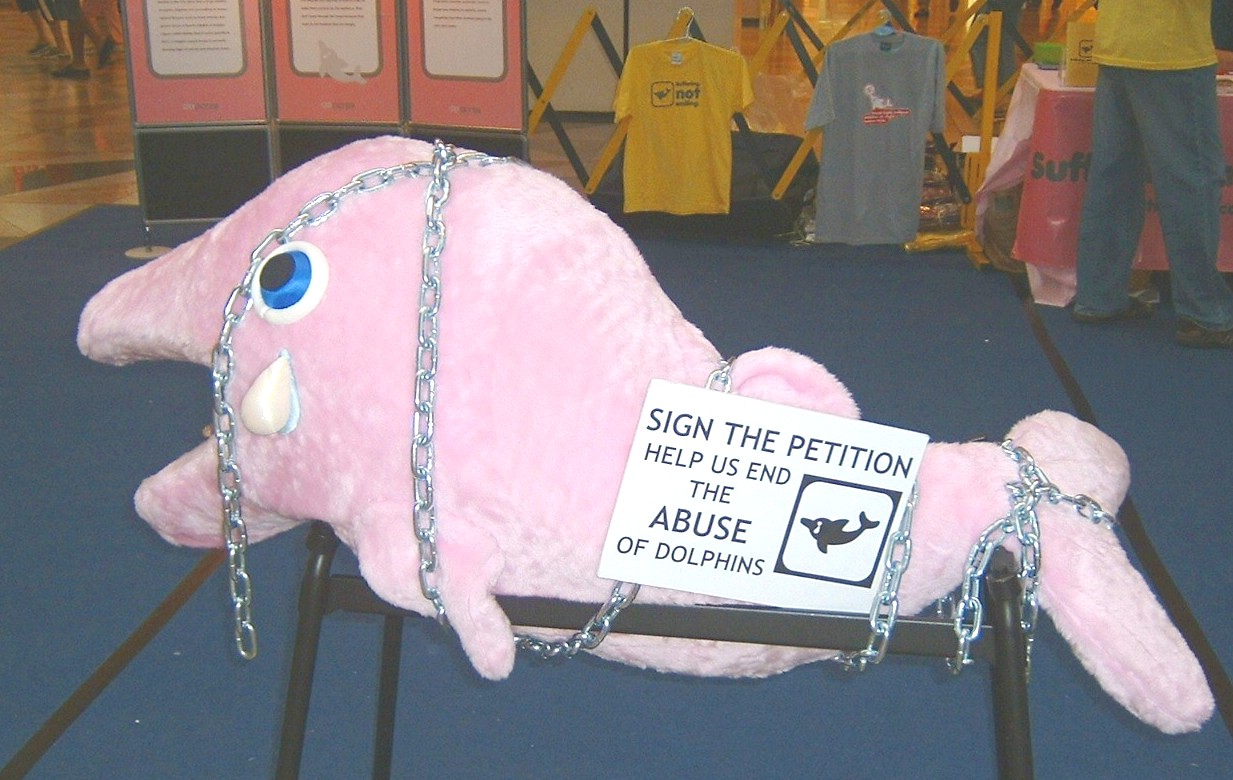 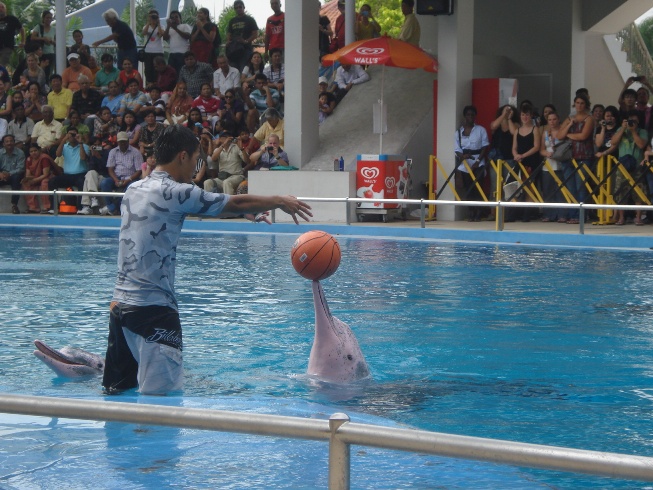 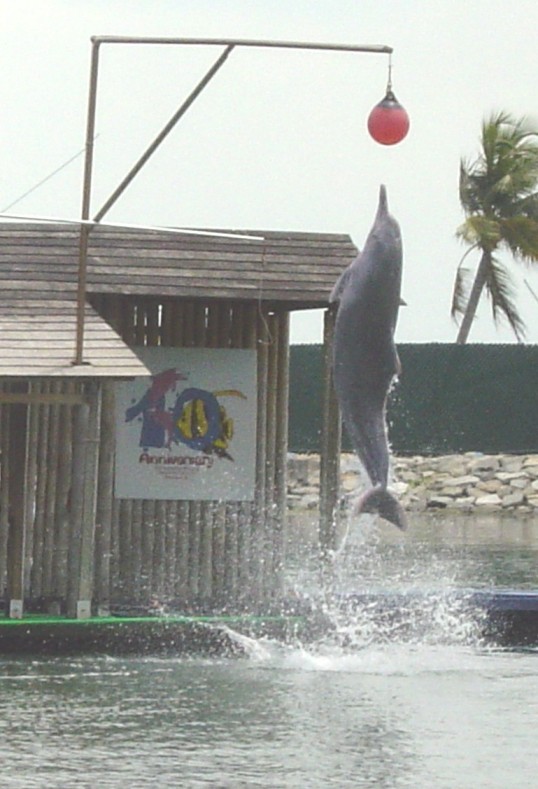 Over the past few years, ACRES has received tremendous public support for the ‘Suffering, not Smiling’ campaign.

Through the ‘Suffering, not Smiling’ campaign roadshow, which travelled to many venues all over Singapore, ACRES has created much needed awareness on the plight of dolphins in captivity.

In 2003, a total of 8399 people signed a petition supporting the campaign and calling for Underwater World Singapore to take the measures outlined above. This high number of petition signatures clearly shows strong public support to end the abuse of dolphins.

44 international animal welfare and conservation groups also signed the petition. This petition was presented to the Haw Par Corporation, which owns Dolphin Lagoon.

Steph Song, local celebrity and star of drama series Heartlanders said: “Dolphins are not designed to be entertainers. They are amazing animals and seeing an amazing animal should not be as easy as buying a ticket to the movies; it devalues what they are. Keeping them in captivity is inhumane.”

Read all the Press Releases here.

On 18th July 2003, ACRES held a meeting with Underwater World Singapore and Haw Par, which owns Underwater World. Despite the facts presented by ACRES, Underwater World did not see a problem with keeping dolphins in captivity at Dolphin Lagoon. As such, we failed to reach an agreement during this meeting.

ACRES, however, still hoped for a positive dialogue with Haw Par. In September 2003, ACRES sent a letter to Haw Par, inviting them to a meeting to discuss our concerns with regards to the dolphins at Dolphin Lagoon.

However, Mr Wee, then President and CEO of Haw Par replied stating that “I would like to henceforth treat this matter as closed”.

ACRES is disappointed that this matter was treated as closed by Haw Par, even before we had the chance to hold further discussions with them. ACRES sent Haw Par further letters but again met with an unfavourable response.

What happens to the dolphins now?

Following the revelation that four of the dolphins at Dolphin Lagoon had been caught from the wild, despite the fact they were classified as ‘captive bred’ on the CITES import and export permits, the Agri-Food and Veterinary Authority (AVA) stated that, since Dolphin Lagoon was registered as a zoological facility and because the dolphins were brought in for educational and captive breeding purposes, Underwater World Singapore could keep the dolphins.

In a similar case (the ‘Taiping Four’), four gorillas were transferred from Ibadan Zoo, Nigeria to Taiping Zoo, Malaysia. As with the dolphins, these gorillas were wild caught but listed as captive bred on the CITES permits. However, Malaysia, which like Singapore and Thailand is a signatory to CITES, has since confiscated these wild caught gorillas, even though the gorillas were also imported for education and conservation.

As a signatory to CITES, Singapore is obliged to ensure the protection of the highly endangered Indo-Pacific humpbacked dolphins, a species that is native to our Indo-Pacific waters. Under Article III of the CITES convention text, it states clearly that the export of Appendix I species “cannot be detrimental to the survival of that species”.

If these dolphins were indeed captive bred as previously stated by UWS on their website and on the CITES permits, then the export and import of these captive bred animals would not have had a detrimental effect on this species in the wild and could be allowed. However, it has now been established that at least four of the dolphins were caught from the wild. Furthermore, they were caught in Thailand where the World Conservation Union (IUCN) stated emphatically in a report that fishermen are catching live specimens of these pink dolphins because of the demands from the marine parks, and that they are no longer found in large parts of their former home range in Thailand.

The question here is not whether these dolphins are for educational or breeding purposes, but whether the acquisition of these wild-caught dolphins is detrimental to the survival of this species. As the evidence clearly suggests, the answer is YES.

The illegal wildlife trade continues to pose a major threat to the survival of many highly endangered animals. The Indo-Pacific humpbacked dolphins in Thailand will move one step closer towards extinction if governments around the world continue to allow trading in wild caught individuals of this species of dolphin and if marine parks continue to acquire wild caught Indo-Pacific humpbacked dolphins.

ACRES urges the public and the authorities to support calls for the dolphins to be returned to the oceans where they belong, so that our future generations will not be bereft of another beautiful mammal in their world. We need to fight against the extinction of the Indo-Pacific humpbacked dolphin, and we need to start today. 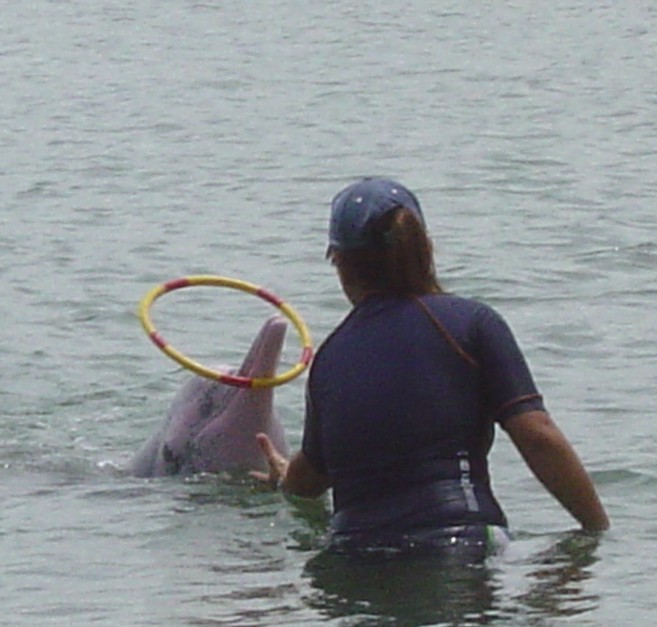 ACRES hoped that the undisputable proof that four of the six dolphins at Dolphin Lagoon had been wild caught and were not captive bred as claimed by Underwater World would ensure that the three remaining wild-caught dolphins would be confiscated by the authorities and hopefully released back to the wild.

Unfortunately this did not happen, and to date all of the dolphins remain at Dolphin Lagoon.

However, ACRES continues with the public awareness campaign, urging the public not to support marine parks and dolphinariums which hold marine mammals, not only in Singapore but also in other countries. ACRES continues to call for the three remaining wild-caught dolphins at Dolphin Lagoon to be released back to the wild where they belong. 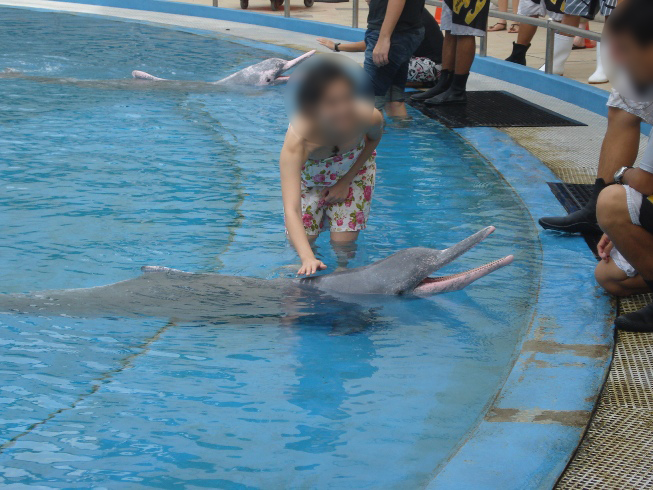 1. Write letters to Underwater World Singapore, voicing your disapproval of keeping the dolphins in captivity at Dolphin Lagoon. Ask them to do the following: 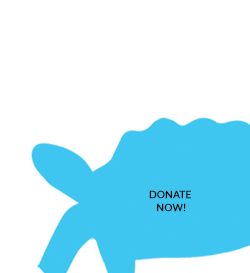